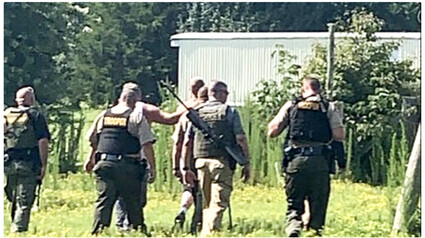 According to News Channel 5, a man was arrested after Lewis County Sheriff's officials say he fired multiple shots towards Sheriff Dwayne Kilpatrick.

Kevin Walker, 39, was wanted for questioning in a series of auto thefts over the past week. Deputies found him, but when they got to the location, he shot Sheriff Kilpatrick's cruiser multiple times, then ran away into the woods.

Tennessee Highway Patrol troopers, including air support and canine units, were called to help the deputies search for Walker.

After about three and a half hours, Walker was taken into custody. No one was injured in t...