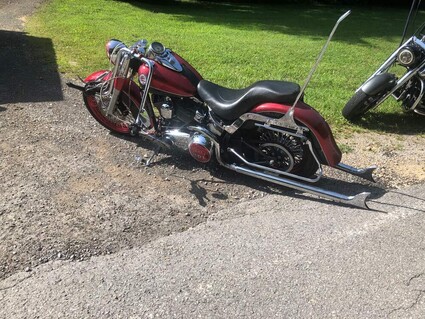 Motorcycle versus dog - Justis Landers was travelling south on Piney Creek Road on a Harley Davidson motorcycle when he said a dog walked into his path causing him to lose control and wreck in the 300 block.

Landers was treated on the scene by Maury Regional Emergency Medical personnel for minor injuries. Lewis County Fire and Rescue assisted on the scene.

Reynolds was also riding along on a second bike at the time of the 9:45 a.m. crash Friday, August 28. Trooper Dixon stated that Landers did not have a motorcyle endorsement on his driver license.

Lewis County Sheriff Deputies were also on scene to assist.