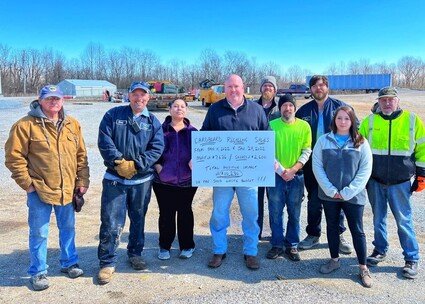 The Lewis County Solid Waste Department had their best cardboard recycling month ever during the month of January 2022.

According to Solid Waste Director, Jason Drum, two tractor trailers loaded with baled cardboard were sent from the Transfer Station to Pratt Recycling during the month of January. One trailer had over 23 tons of cardboard, while the other had over 22 tons.

Lewis County Government received a payment of $7,636 from Pratt Recycling for all that cardboard. The county also saved $2,600 in garbage fees from those two loads, because the cardboard was recycled rather than hauled...